Christine, a United Way community health worker (CHW), began working with a client and her family in January 2022. At that time the Better Health Pathways HUB client was pregnant and considering moving her family to a homeless shelter due to unsafe and deplorable conditions in their home. Most rooms in the house had peeling paint, the appliances were in poor repair and the roof leaked when it rained.

In addition to contending with these disrepair concerns, the client and her children had been without lights and gas for two weeks despite the landlord having received checks from the agency supplying their housing voucher to pay the gas and electric bills. The client had tried to proactively address her numerous housing issues over the past four months by sending several written repair requests to her landlord and the agency supplying the voucher without success.

When Christine began working with the client, she immediately contacted housing court and the utility companies to address the various housing concerns. She also left several messages with a supervisor at the housing agency. The following week the client received a letter notifying her that she qualified for an emergency move and her utility services were reinstated. Her landlord received a notice to appear in housing court.

The client and her family moved into their new home the following month with the continued support of Christine, who provided referrals for furniture, food, and clothing for the children. In April, the client gave birth to a healthy baby! 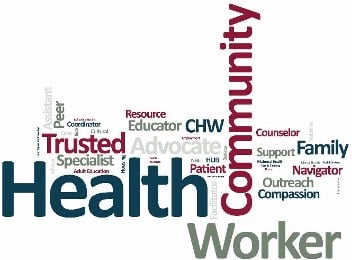 On a recent Friday morning a client reached out in distress to Michaela, a community health worker...
Read More
© Copyright 2022 Better Health Partnership